Moving without a Ring.

First and foremost, allow me to say thank you for novels that are intensifying to the mind, body and soul! My boyfriend and I have been together for six years, on and off. We both decided to give up the lives we once led to share one together. He is twenty-seven with one child and I am twenty-six with no offspring…at the moment! This is the first consistent year that we have been together. We now live together. However, he is beginning his law career in another state next year and asked me to come with him. I happily agreed. Because of our past, I wanted to take precautions. Would it be absurd for me to insist that we become engaged before we continue our journey together?

What would be absurd is for you not to insist on being engaged—or better yet married—before you move with him to another state. While you are both still relatively young (under 30), six years is long enough for anyone to test drive a vehicle for any journey, like the one you have agreed to take together. You already live together, you have accepted his child, but now you are planning to make a huge sacrifice by following the man across state lines. I commend you for wanting to make sure that you will not find yourself in a crazy predicament after giving up so much to be with him. If he is not ready to get married, or at least ready to start making preparations to get married, you should reconsider the move. That does not mean that the relationship has to end but you certainly have to protect your best interest.

I have been sexing my godmother’s best friend that she’s in love with. She has no clue. The sex is great and he brings out all of the freak in me. He’s the best man that I’ve ever fucked…period. His head game is also the best. We were giving each other head before we fucked. He makes me feel so comfortable with myself. We can text and talk for hours. He has had sex with her a number of times but lately, he says he’s only been fucking me. I want him all to myself but I know that’s not possible. Should I leave him alone totally or continue as we are?

You are definitely not going to like my response. Hell yes, you should leave his nasty ass alone. What would make you want to suck on or spread your legs for a man who is doing the same thing to your godmother? You should find the mere thought of that repulsive but it is obvious that he has penis-whipped you into a mental lapse.

Your godmother is much more important in your life than this man who has no self-respect and, thus, certainly has no respect for you, or her. There are wayyyyyyyyyyyyy too many men in this world for you to share one PERIOD, rather less with someone who regards you highly enough to agree to be your godmother.

Ironically, you mention not a single word of having any feelings for him. Only that he has a serious head game and brings out the freak in you. This “sexing” might last for a hot minute, he might teach you a few tricks, but in the end, you will be left feeling like a trick. Regardless of what he says to you, you are nothing but a piece of meat to him. How could you be anything more?

You need to stop talking this fool’s calls, text messages, emails, or any other form of communication. Times are hard but they are not that damn hard. You need to leave him alone and you also need to work on self-love because it is ridiculous for you to even entertain sleeping with him, rather less actually doing it. As to whether or not you should tell your godmother, that it tricky. If you tell her, she will definitely be hurt because she has trusted both of you. If you don’t tell her, you are leaving her in the arms of a predator and she will ultimately be hurt anyway. I guarantee you that he is bullshitting you about not sleeping with her anymore. He is still sleeping with her and probably a few other chicks that you don’t know about. You can do better. Great sex is cool but not at such a high expense.

Zane
Zane is the New York Times Bestselling Author of numerous titles, the Publisher of Strebor Books, an imprint of ATRIA Books/Simon and Schuster, and the Co-Executive Producer, Creator, Scriptwriter and Subject of "Zane's Sex Chronicles," a CINEMAX Original Series. 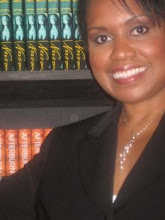